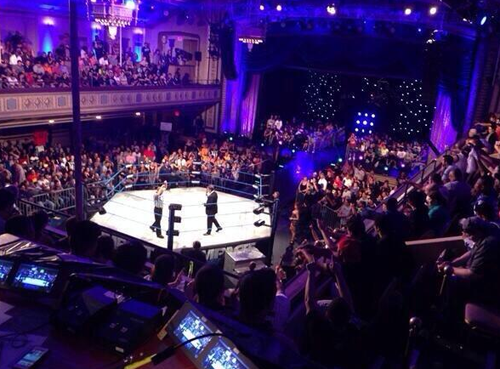 Many of those passionate fans grew up, got computers, and joined forums. Many don’t watch and enjoy anymore. Instead, they watch, judge and complain.

They forget that wrestlers are passionate, too. Most thrive on performing and work through constant pain and nagging injuries. The number of wrestlers who have suffered with additions to painkillers, prescription drugs and other substances illustrates the sacrifices that many take to prolong their careers.

Most people forget the crew, but they’re passionate. WWE’s staff turn up at 8am, set up the arena, run the show, take it all down, pack it away and hit the road late at night. They bundle into a coach, get driven to the next town, grab a few hours’ sleep, then do it all again.

They’re the hardest-working people on the WWE payroll, and the most anonymous.

Lots of those passionate wrestling fans are part of what’s called the Internet Wrestling Community, and they need to remember that wrestlers and crew members are real people doing real jobs. The IWC’s passion often turns to entitlement, ignorance and a huge amount of disrespect, and it’s an embarrassment.

Impact Wrestling polled its fans recently, asking which ring they’d prefer the company used. Fans got to choose between a traditional four-sided ring, or the six-sided version that helped give the company its own identity in the early days. The six-sided ring won, convincingly.

It sounds like a return to Impact’s glory days, when it was known as TNA, but there’s more to the story than that.

The six-sided ring is built differently, which leads to several problems. The increased stiffness of the construction means bumps are more painful, and the ropes are more taught, so they’re more painful too – and the stuff ropes, larger width and odd angles mean it’s awkward to work a match when you’re used to a traditional squared circle. AJ Styles spoke about the increased impact of the six-sided ring on the Talk is Jericho podcast, and he’s not the only current or former TNA talent to make their voice heard. 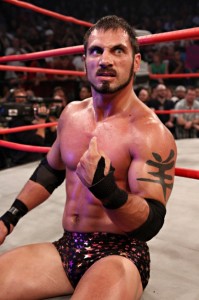 Some of Impact’s current wrestlers have spoken on social media, too. Austin Aries explained that “I find #6sides to be far less forgiving and harder to maneuver around [than four]”, and said that it’s “my body, my vote” when talking about how “the people who don’t wrestling…letting people who don’t wrestle decide what I have to wrestle in”.

Another major Impact star, Ethan Carter III, said that “this is why democracy doesn’t work”, and that fans “should not have a voice when it comes to my well-being and safety”. Gail Kim chimed in, too, saying that the six-sided ring is “different and great”, but she “would have to agree” that it’s harder to wrestle in. Lance Storm surmised that six sides would lead to a toned-down wrestling style or more injuries, and James Storm has made clear that he’s definitely not a fan.

They’re all right. It’s not just an issue about which ring looks better on camera, helps TNA stand out or brings back lapsed fans – it’s an issue about people’s careers, and their health. It’s a moronic thing to ask your fans to choose rather than wrestlers.

Entitled, idiotic wrestling fans have reacted with typical grace. On Twitter, someone reacted to Austin Aries by saying “gosh you’re such a pussy. We’re paying you to…perform”, and another called him “a little bitch”. Someone else said that “you do anything you can for ratings, and if catering to the fans means ratings, do it”. Other talents that spoke out received similarly short shrift.

The lack of empathy and excess of entitlement struck again when reports emerged about changes to the working conditions of WWE’s crew.

It’s an impossibly hard job, and it’s just got worse: WWE has cut its crew budget by ditching the coaches used to transport staff between shows. That means the crew has to pay for its own transport between towns, which means driving – which means longer hours, later nights and less money. It’s a recipe for mistakes in a job where small errors can cause big injuries.

Numerous posters on Reddit’s main wrestling forum reacted with their usual grace. “There’s a million people who will do your job without bitching”, said one, while another said that “if you’re not happy you quit” and that “no-one is forcing” crew members to work. The poster admitted it was a “dick thing to say”, and yet carried on regardless.

It’s a hard job done by men and women with families to feed, mortgages to pay and gimmicks that arrive in the mail called bills, and they’re working as hard as the wrestlers for a fraction of the cash. Many likely do the job because they’re wrestling fans, and working for WWE sounds like a dream.

I daresay that working for WWE has kept many of them in the job despite the hours, the travel and the fatigue.

Few online communities have significant numbers of fans that behave in such an entitled, ignorant and aggressive manner as wrestling fans. Few groups of fans have so many opinions while having so little real knowledge of what’s involved with the business, and few people are so aggressive about telling people that they’re wrong – even if those people are the wrestlers and staff themselves.

Let’s be clear: the people mentioned in this post represent the minority of wrestling fans, but they’re a visible, vocal group that represents the worst that wrestling has to offer. I understand it’s tempting to let loose, especially when you’re cloaked by the internet’s anonymity, but people should think before they write.

Many of these people fell in love with wrestling when they were kids, but those days are long gone – and it’s time for them to grow up.