The Gran Turismo series ushered me from Road Rash and V-Rally towards serious racing games, and I’ve always loved the franchise: its graphics, gameplay and depth have always been first-rate, I snorted up the gimmicky engine smell from GT2’s disc, and I marvelled at the leap from PS1 to PS2 when I spent hundreds of hours playing GT4.

I’m enjoying Gran Turismo 6. It has a stupendous 1,200 cars across hundreds of marques, and I love searching out odd motors for new events – a method in the spirit of the game, unlike the dozen cars GT6 recommends you use for each successive class of races.

I love the cars on the track, too. I savour the kick and acceleration of a turbo, the rumble when I take a corner on the limit, the satisfying feel of nailing a section by balancing throttle, oversteer and everything else. I love feeling cars pitch forward when breaking downhill or leaning left or right thanks to neck-snapping G-force.

I enjoy the graphics, , most of the time – the headline cars are the best-looking motors on any PlayStation, the lighting is stunning, close-up particle effects are good, and races at night and in rain look fantastic. There are signs that Sony’s console and Gran Turismo’s development team are struggling, though. Many cars are hampered with jagged, upscaled versions of Gran Turismo 4 models, spectators are poor, and far-off particle effects are pixelated. Collision detection may as well not be included.

No other console game matches the circuit choice. Real-world tracks are exciting and varied: Spa and the Nurburgring are classics burned into my muscle memory, and new additions like Mount Panorama are great – few circuits match the excitement and risk of its hilly, tight, flowing corners, and it’s followed by a downhill straight that allows insane speed. Monza, Silverstone, Suzuka, Monaco and Brand’s Hatch: all present.

There’s plenty to do. The meat of game has tiers of events of increasing length and challenge that cover different car types, disciplines and surfaces. Sebastian Vettel’s challenges, the Goodwood Festival of Speed, challenge events, single-model competitions and several online modes are included. It’s a vast game. 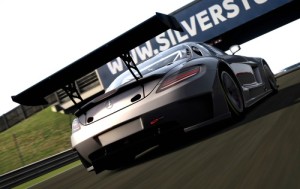 Virtually every opposition car in the first half of the game’s main mode has been woefully underpowered – and that’s up against my standard, unmodified machines, most of which are recommended as ideal choices by the game. Scorching past sluggish rivals that blindly follow the racing line makes for dull racing, and many of these early contests have seen me a dozen seconds ahead before I’ve ever started the last lap.

Stepping up to international-class races has seen a gap open: it’s easy to get past most opponents, but the last handful are usually miles ahead. Standard cars can’t reach them, which at least makes for a better racing experience to fight for the upper positions, but investing in cars capable of winning makes the majority of the race moot.

It’s not as if most cars put up a fight when you barrel up behind them, either. Gran Turismo has never been known for its strong AI, and that’s the case here. Rivals make perfunctory attempts to defend or overtake, and they’re more passive if you’re further back. I’ve seen a handful of AI drivers get shirty, but they’ve only ever nudged the back corner of my car to make me spin.

Every race, barring go-kart events, has been saddled with a rolling start. I’m sick of them. I start in the bottom two positions, breeze past a car or two before the first corner, and watch while the leading racers tackle the second or third bend. There’s no first-corner drama, no grid-starts, no time-trials, no qualifying. I sorely hope it’s something that improves later on.

This race format is grating throughout, but it first hit home in rally races. In the real world, rallies are point-to-point stage events where cars race against the clock, one after another – but, here, it’s another rolling start and another strung out, soulless field. 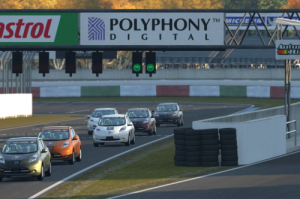 Rubber-banding, too, is evident. I’ve been in several races where I’ve struggled to catch the leaders but, come the last lap, I’ve taken seconds out of their advantage in every corner, and won. I’ve even overtaken cars and watched as they’ve jerked back and forward, unnaturally.

Gran Turismo 6 is sold as a racing game, but other cars are obstacles, not opponents, and the whole experience can feel sterile – poorly managed and hastily conceived. It smacks of a lack of care and attention.

I’ve seen plenty of comment about how the game is hampered by IAPs – players on the Gran Turismo subreddit talk about grinding – but I’ve not problems – I’ve earned enough money from events. I may hit issues when I need pricier motors, but I think it’s cynical to begin with: IAPs are bad enough when they hobble free games, but it’s preposterous in a title that a relative paid £30+ for.

The number of cars awarded for completing events is down on previous GT games. I even bought a car to complete an online challenge that required the particular model – and, when I won silver, I was awarded the same car. Again, a lack of attention.

Gran Turismo is a console game, and I play with a DualShock. I know it can’t compete with PC sims like rFactor and Assetto Corsa, but it’s supposed to be the best racing available on a PlayStation. It still is, by some distance, but it could have been so much better – right now it’s saved by its driving model, graphics and track selection.

A future update promises an innovative way to make your own tracks based on real-world GPS data captured by a phone app. It sounds great, but information is scarce, and there’s no release date. I wouldn’t be surprised if it arrived as DLC with a price attached.

Three months and numerous updates down the road, Gran Turismo 6 lacks the spark that made the older games great. But at least you can drive on the bloody moon, eh?

I’ve been somewhat fortunate in that apart from a very brief dabble with GT5 when I got my PS3 (before giving it to my sister) I haven’t played any GT since GT3. So when I came to GT6 I was still fairly fresh and willing to overlook the issues more than I would have if I had played the more recent editions of the game. As it is, I totally agree with your points but still really enjoy the game.