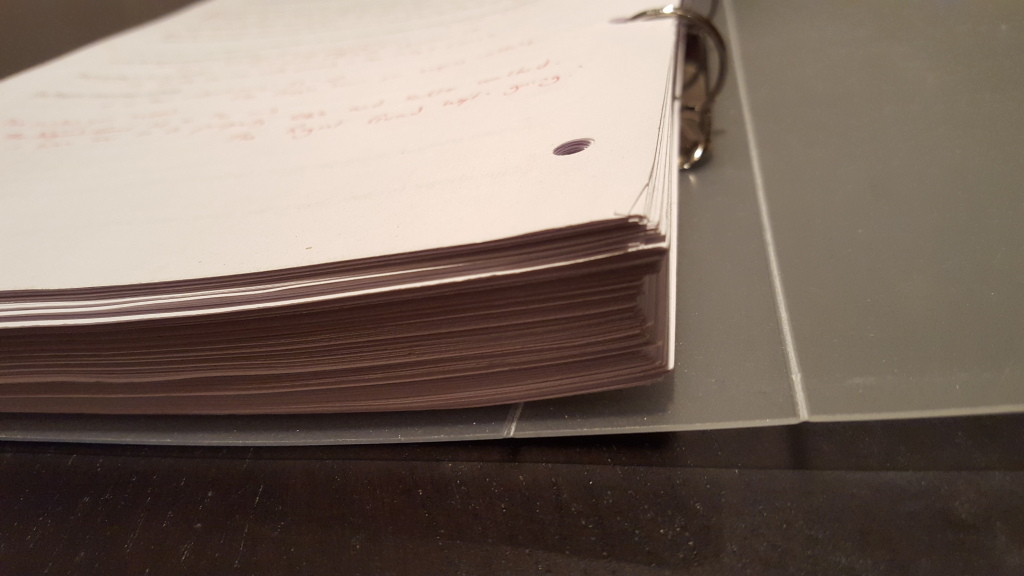 Another part of me doesn’t get the fuss. It’s just another step. One chunk of work is done, but that just means moving on to something else. I’ve got to make these changes, tweak and polish, and then give the book to early readers – if I can find any! – to see what they think.

I’ll wait, get feedback, make more changes, rewrite. More steps. Beyond that, I’m not sure on where those steps will take me. Trying for a traditional publishing route? Self-publishing? I just don’t know, but that’s OK. I’ll figure that out when I get there. 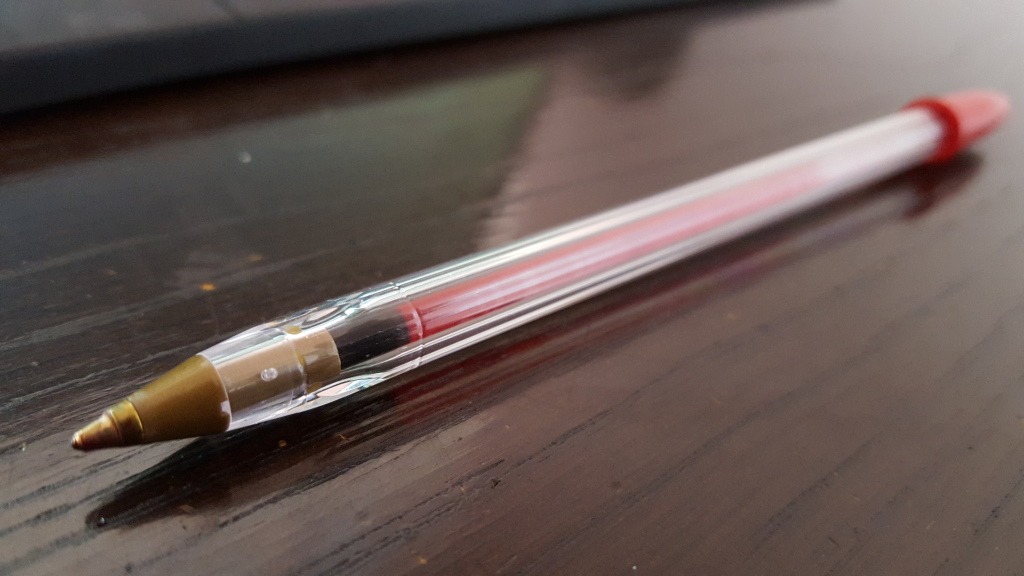 Doubt is a funny thing. I want this book to be OK. Passable. Good, even, so people enjoy reading it. I’m working my hardest to make sure that it is. Despite that, I’m utterly confident that it won’t be. I don’t think I can see myself writing anything that isn’t bad. I’m sort of OK with that.

When I say that, people react with surprise. They tell me that I shouldn’t be so pessimistic about the book and its chances, but that’s not how I see it. I just think I’m being realistic. Of course I want the book to turn out OK. Of course I want it to find some measure of success, whatever that may be. But I’m also aware of just how unlikely that is, so I won’t allow myself to get my hopes up.

It doesn’t help that the act of writing the book has left me too close to it. My pages are covered with scribbles, but it’s mostly smaller stuff: words and sentences that could be better, dialogue and descriptions that need work, phrases and paragraphs that need to be rewritten. Thousands of tiny tweaks.

The big picture stuff? That’s harder to spot. I’ve come across questions and plot points that have made me doubt myself, and I’ve written them down on the page, but that’s it. I’m going to have to address these issues when I start working on the edits, because it’s counter-productive to stop editing to head backwards, check notes, make changes.

Instead, I have to trust myself, and trust the plans I made when I first started. That’s tricky when you’re swimming in doubt about your most basic abilities – and when you’re sort of OK with that doubt.

Instead, just keep going. Push on. Make more notes. Turn the page. Hope early readers can point out the big flaws. It’ll still be rubbish, but at least it’ll be finished rubbish! I’ll probably be proud of it. Happy with it. Sort of.

I’m not a pessimist. I’m just being realistic.