Skip to content
Steam Machine speculation and a sad lack of hardware knowledge
January 16, 2014 by Admin 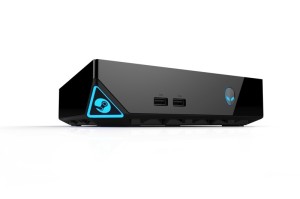 PC hardware often isn’t glamourous, but it’s never been so important to know about the silicon that powers the latest PCs and consoles.

The machines range in price from $499 to more than $6,000. UK pricing and availability will be announced in due course.

Steam Machines make sense. By using Linux for SteamOS, Valve has more software control than it has with Windows – important when Microsoft is moving away from the PC and towards the touchscreen – and Valve also has a tight grip on the games allowed on the OS.

Valve’s controller gives the firm more control and, crucially, an easier route to the sofa: it’s more familiar to console gamers, and more comfortable than the keyboard and mouse.

Like all great initiatives, it’s not without risk. It’ll be tough to get Steam Machines inside shops alongside Xbox Ones and PS4s, and it’ll be tricky to persuade many customers to put a PC beside their TV when consoles are familiar and, sometimes, cheaper.

Valve’s decision to not launch its own Steam Machine also makes sense. Before the controller, Valve was a software company, and hardware is difficult – especially crafting an entire, bespoke PC. Just look at how Valve has already redesigned its controller to remove the touchscreen. 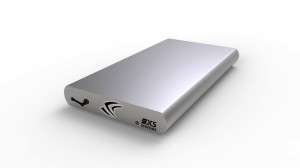 Valve may not want to risk consumer ire with a poor first attempt, or release a product that’s not ready to keep up with its third-party partners. It’s immaterial anyway: Valve would design a system similar to existing Steam Machines, contract a third-party to build it – perhaps even a company that’s releasing its own Steam Machine – and then slap on a logo. It’s the same method used by Google to build its Nexus phones.

It’s one thing selling Steam Machines to PC gamers, but it’s a trickier sell to console players. Many will arrive at the Steam Machine with preconceived notions: they’ll have to pay silly money to get something good, that it’ll quickly be obsolete, and that it’ll be complicated.

Those first two notions were true a decade ago but, now, that’s simply not true – you only have to spend around £130 to get a graphics card that will play every game, smoothly, at 1080p. The card in question is Nvidia’s GeForce GTX 650 Ti BOOST. I’ve reviewed it several times, and a colleague has run recent benchmarks. In Batman: Arkham Origins, Battlefield 4, BioShock Infinite and Crysis 3 the GTX 650 Ti BOOST averaged between 29fps and 45fps – 30fps is considered playable on PCs – and in every test it was running at either Very High or Ultra detail at 1,920 x 1,080.

Oh, and the GTX 650 Ti Boost is one of last year’s outgoing cards. It’ll likely be replaced in the next month or two by a card that costs the same but is significantly more powerful, and a card that delivers the BOOST’s level of performance should drop to around £100. 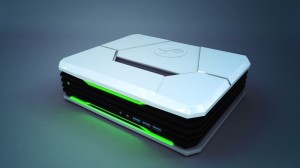 That’s superb performance for a card that’s only a third as expensive as a new console, and it won’t struggle soon: almost all PC games from the past five years have been developed for the PS3 and Xbox 360, which means they’re aimed at cards like the GTX 650 Ti BOOST rather than the high-end hardware purchased by a minority of PC gamers.

And, even though next-gen consoles have arrived, most games are still developed and released with the older consoles still in mind – and the PS4 and Xbox One aren’t going to outpace even mid-range PCs any time soon.

The PS4’s graphics unit is a cut-down version of AMD’s Radeon HD 7870. The HD 7870 is two generations old and now costs about £150. The Xbox One’s GPU has a theoretical output of 1.31 TFLOPS, which is a little more than an AMD Radeon HD 7770 GHz Edition – another old part that costs around £90. Both the PS4 and Xbox One have CPUs powered by AMD’s Jaguar architecture, which is designed for laptops and modest PCs.

Both consoles gain an advantage because they use software optimised for their hardware in a way that Windows can’t manage but, again, back to Valve – it’s controlling its OS, so it’ll be more efficient than Windows 7 or 8. Steam Machines, like consoles, can run leaner and cheaper than desktop PCs – jacks of all trades that use a “brute force” approach of overcoming a relative lack of software efficiency by throwing more power at the problem.

Compare the GTX 650 Ti BOOST’s numbers, and the hardware inside current consoles, to $500 Steam Machines. The iBuyPower model will be available with an AMD APU similar to new consoles, and CyberPower’s version includes AMD Radeon R9 270 or Nvidia GTX 760 graphics. The former GPU averaged between 35fps and 50fs in the four aforementioned games benchmarks. The GTX 760 was faster. Other machines may use Iris Pro 5200, Intel’s most powerful integrated core. Benchmarks have shown it’s not far off 30fps in many top-end games, and that’s without any driver optimisation by Intel or software work by Valve. 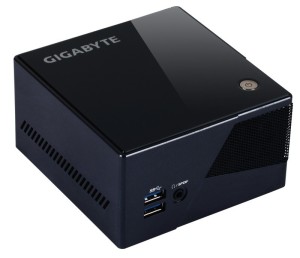 The cheapest Steam Machines won’t struggle any time soon – and that’s only considering top-tier titles, rather than the hundreds of indie titles and older games available on Steam, many of which will run on the most modest of laptops.

It’s understandable that consumers with little PC knowledge may assume that the situation hasn’t changed in the last ten years, but I don’t think it’s acceptable for games journalists to make the same mistake.

I’ve seen editorials claim that cheaper Steam Machines will be obsolete almost on release, but their specifications – not to mention the hardware inside new consoles, and the state of the gaming development – makes these claims look out-of-touch.

I’ve also seen articles complaining that some of the more affordable Steam Machines are, bafflingly, too expensive. It’s simply not true: they match up well with the prices and capabilities of current consoles, and often work out cheaper when games bundles are considered. Even if a Steam Machine is more expensive, the more affordable prices of PC games will make up some shortfalls.

Other reactions have noted that too many Steam Machines have been unveiled. That’s nonsense. If Valve released a single Steam Machine it would inevitably disappoint swathes of gamers and, if it launched a trio of systems at different prices, they still wouldn’t sate vast numbers of people. The situation, right now, is ideal: a host of different machines at different budgets for different people, manufactured by companies with top-tier hardware experience.

Whether you’re buying a car, a console or a sandwich, choice is always welcome. It’s no different here, and assuming that customers will be confused by a larger selection of hardware insults their intelligence.

There are two main points to consider, and they’re both simple: Steam Machines deliver hardware that’s powerful enough for 1080p gaming – and, in many cases, at higher resolutions – alongside a unified OS and controller both designed and managed by one of the most successful PC gaming companies we’ve ever seen. That, however you look at it, is exciting.

And, for the love of god, learn about hardware, if only to wipe out the ill-informed preconceptions, opinions and articles that only exist because people know nothing about what’s inside some of the world’s most popular gaming machines.

The future for Valve’s living room PCs is not certain, but a bit of knowledge goes a long way when it comes to making an educated guess about the future of these systems. As it is, much Steam Machine conjecture would have barely made sense when Half-Life 2 was released a decade ago – let alone now.