Skip to content
Why are so many high-end laptops just not good enough?
May 13, 2014 by Admin 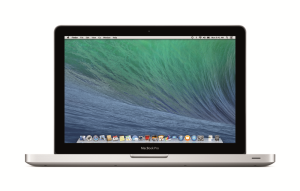 I’ve just opened a £1,200 laptop from one of the world’s biggest computer companies. It’s obvious that this machine is designed to beat the MacBook Pro at its own game: it’s dripping in aluminium, there’s a glossy black bezel around the screen, and a beefy specification.

That’s great. MacBook Pros are stunning, but I’m all for competition. If other big players in the laptop market can build systems as fast, sturdy and good-looking as Apple’s beasts, with native Windows, then they’re welcome to a hefty chunk of my hard-earned.

I’ve tested dozens of MacBook rivals. All cost more than £1,000, and many are near the £1,699 price of the Apple machine – and some cost even more. Some get near Apple in one or two categories: raw performance, perhaps, or build quality. Maybe a Retina-beating screen, if you’re lucky. Only one recent machine matched the MacBook in almost every department. 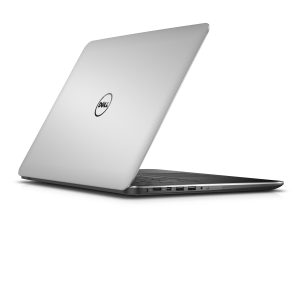 Too many systems don’t fall down in these bigger categories – instead, they’re ruined by niggles that wouldn’t even get dreamed up in Cupertino, let alone allowed in retail machines.

The machine I’ve just opened is riddled with unwanted software. It’s got an Amazon 1Button App, whatever that is, and CyberLink PhotoDirector. McAfee Internet Security opens an obnoxious window every thirty seconds. I’ve got a dozen manufacturer tools, many of which shoehorn Windows options into a poorer interface, and desktop icons I didn’t ask for.

My Windows 8 Start screen has more manufacturer apps, a McAfee app, and tools from SkyScanner and Vimeo that I don’t want. Internet Explorer has a toolbar and a tab with more unnecessary icons.

All of this takes an obnoxious length of time to remove, but there’s a bigger problem: performance. With all of this guff enabled, the laptop scored 3,479 in PC Mark 7, and this score jumped to 3,616 with everything deactivated. With the rubbish removed, the laptop booted in just over 12 seconds – but with everything turned on, that book time was nearer 19. The BIOS boot time, as evaluated by Windows, went from 5.5s to 2.6s.

This software is is installed because of partnerships between manufacturers and publishers, and it’s a mutually beneficial relationship that involves money, exposure and little regard for customers. It’s great for a quick buck, but it’s terrible at making customers actually want to use your hardware – and buy more. You don’t have to spend two hours removing crapware when you buy a Mac, and you don’t see performance drops because of software Apple’s allowed on its machines because someone else flashed a chequebook.

Crapware isn’t the only thing that makes many MacBook rivals look sub-standard. MacBooks don’t come out of the box covered with stickers from Intel, Microsoft, AMD and Nvidia, and they don’t have “luxury” speakers that wheel out once-respected brands but forget any sort of audio quality. No matter how good a screen’s quality, every Windows-based machine with a resolution above 1080p suffers from scaling issues because of Windows and other third-party software. Apple can handle this on its Retina displays because it controls the OS and many applications – firms reliant on Windows just can’t. As tempting as a Retina-equaling resolution may seem, it’s short-sighted and an inconsistent, blurry and pixelated experience just looks bush league. Don’t bother.

It’s physical design, too. Jony Ive and his team spend thousands of hours luxuriating over every detail, and it shows – but many systems that are supposed to compete with this fastidious approach are lazy and uninspired. You’ll find ugly, visible seams, poor keyboards and trackpads and dodgy build quality. They feel like the design team decided that “good enough” can beat Apple. Newsflash: it’s not.

Many of these decisions are made by companies that seem financially conservative despite vast wealth. They’ve got the resources to make laptops that equal Apple, but they seem unwilling to invest. Apple’s many advantages include its manufacturing and supply chains, its brand and its designers, and these make tricky for rivals to compete – but not impossible, as Samsung has shown.

Most companies could engender long-term revenue and loyalty by taking more care when designing new machines, but it feels like most just can’t be bothered.

The high-end laptop market could be crammed with tempting machines that step up to MacBooks and make buying decisions genuinely difficult but, right now, the top table is largely empty aside from Apple and a couple of rare equals – and it’s no good having competition if it’s only a gaggle of other companies fighting over scraps.

If so many huge companies can’t be bothered to properly compete for the high-end, why would customers bother looking beyond the few companies that can?