Skip to content
Why Enslaved is one of the PS3’s most underappreciated games
September 16, 2014 by Admin 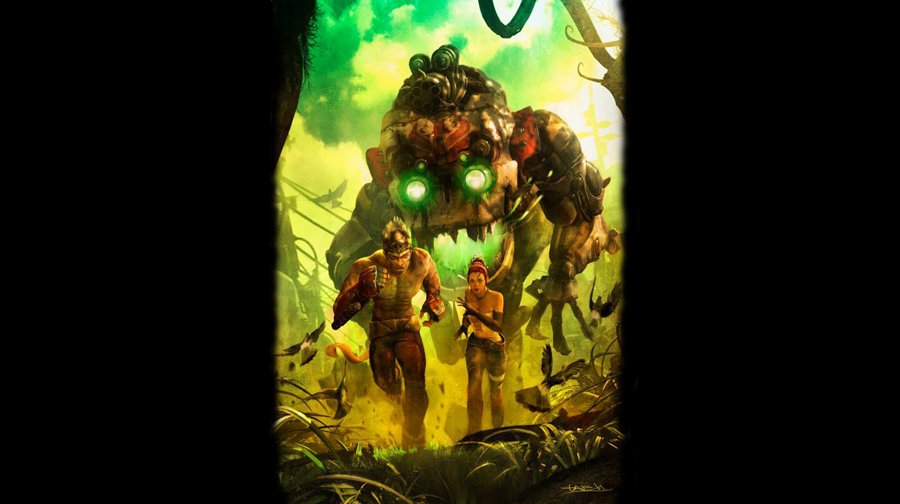 Enslaved: Odyssey to the West looks like a traditional action title – and, therefore, as deep as a puddle – but there’s more to this 2010 release than you might expect.

For starters, the plot is adapted from a Chinese 16th century novel called Journey to the West. The work was done by Alex Garland – the bloke who wrote The Beach. That’s a better starting point and a better writer than almost every videogame that’s ever existed.

The story doesn’t take place in dynastic China – instead, it’s set 150 years in the future. Most of earth’s population was wiped out in a war with angry robots, and the few survivors scratch a living in well-defended communities, fuelled by paranoia and survival instincts. The remaining robots roam the broken, overgrown remains of an increasingly unfamiliar world.

The old plot is parachuted into this intriguing setting, but it’s not like the gaming world was short of post-apocalyptic experiences when Enslaved emerged: Fallout and its sequel, New Vegas, were released in 2008 and 2010, and franchises like Resistance and Gears of War were huge console hits.

The gameplay will be familiar to anyone who’s played Uncharted or Tomb Raider. The platforming sections are acrobatic, mechs are destroyed during close-quarters combat, and time is spent collecting currency and upgrading equipment. It’s conventional, but it rarely stops entertaining thanks to the meaty combat, the good pacing and set-pieces that provide explosive breaks in the action.

The two main characters have been seen elsewhere, too. Monkey, the playable character, is a brutish beefcake with an ambiguous past and a tendency to brood rather than chat. Trip, his companion, is an unnecessarily weak female who can’t climb, jump or fight. She requires constant protection, but at least she’s good with computers.

Back from the Brink

The two main characters break free from their stereotypical shackles thanks to stellar motion capture and acting. Monkey is played by Andy Serkis, and Trip by Lindsey Shaw, and their performances are superb – more akin to TV than the hokey, shallow acting seen in most games. It’s better than most games today, and was a class apart of almost everything back in 2010, too.

Ninja Theory took great care when translating the pair’s motion-captured performances to Enslaved’s post-apocalyptic world, and the developers show off with emotive close-ups and lingering looks.

Ninja Theory has taken care to make the world stand out, too. It’s overflowing with colour: you start in a New York that’s vivid and green, lush with nature reclaiming the land, and move to a commune that’s all crimson buildings, bright flags and inventive machinery. Enslaved’s wastelands burn red – a long way from Fallout’s empty, parched brown lands – and its later areas exude greens, blues, browns and brighter shades.

Enslaved’s world doesn’t just stand out thanks to the vibrant, varied graphics. It’s full of personality elsewhere: Pigsy, the sleazy sidekick with a heart of gold, is distinguished by his bovine headgear to his VW Camper-inspired plane. Many of the boss characters are angry, animalistic and intimidating.

The characters, performances and world-building all enhance the adapted plot. It’s a centuries-old story, but it’s been yanked forward with authority and excitement by Garland. It’s logical, packs emotional punches and works towards an intriguing, ambiguous conclusion that links Enslaved’s futuristic world and the reality of life in 2010.

The ending is all the better for its lack of a resolution – in a game where the characters are given more emotional depth than the average videogame shells, it makes sense that the player is left to draw their own conclusion.

Enslaved tackles many of its stereotypical elements with imaginative, careful design, but some issues still lurk. The combat feels satisfying, but it’s repetitive; early on you’ll develop a strategy for dealing with each mech, and that’s what you’ll use for the entire game. The bosses, too, don’t do much new – follow their patterns, avoid their attacks, find their weak points and pounce.

Enslaved only sold less than 500,000 copies, which is half the number that publisher Namco Bandai hoped to shift. The lack of commercial success meant that this excellent game didn’t get the sequel it deserved, but it’s dirt-cheap now – and well worth playing.