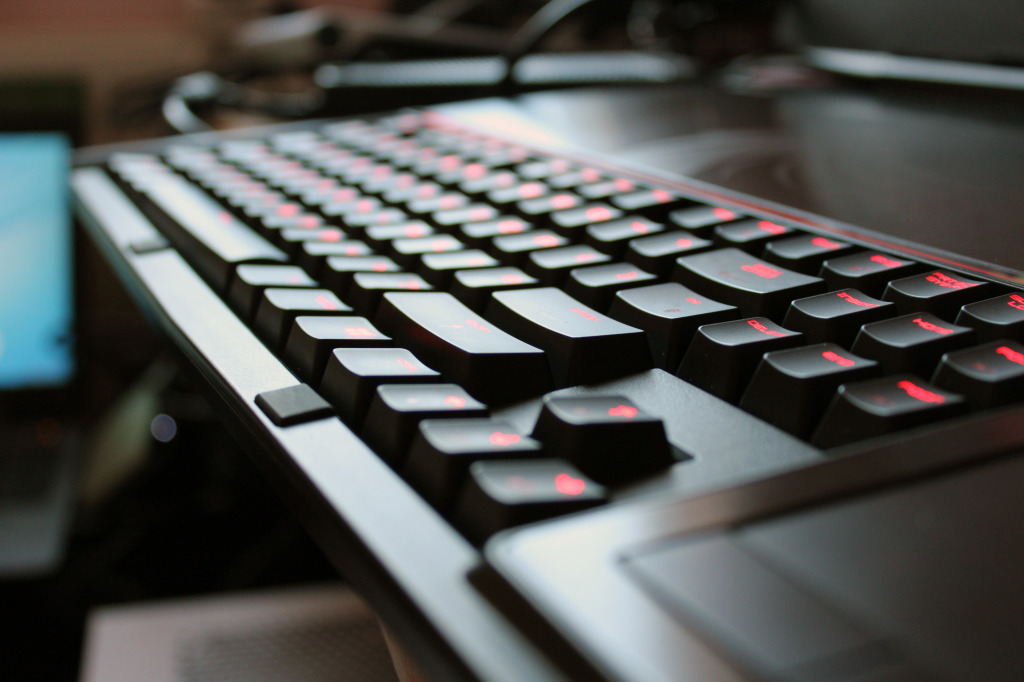 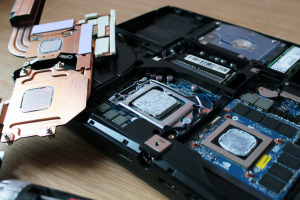 Gaming notebooks were just as mad this month. The MSI GT80 is the first gaming portable with a proper mechanical keyboard, and the Schenker XMG U505 includes a desktop processor and socket inside – another first, as far as I can remember. They’re both huge hunks of hardware, which makes mini-ITX PCs even more tempting.

The other half of my month has been devoted to impressive business hardware. The Dell Venue 8 is the world’s thinnest tablet and it’s got a great screen and swift Intel internals, although the slim design has its ergonomic challenges.

At the other end of the scale is the Panasonic Toughpad FZ-E1, which is the world’s toughest tablet. It’s thick, heavy and comes with a long roster of rugged features – carry straps, in-built heaters, military testing, lockable and waterproof flaps and more. It’s one of the most intriguing tables I’ve tested, and I had a lot of fun photographing it outside.

More conventional is the HP ZBook 15 G2. It’s a high-end mobile workstation with one of the beefiest mobile Core i7 chips around, and it’s got Nvidia Quadro graphics and a super high-resolution screen.

My Custom PC stuff isn’t online, but I’ve got a few reviews in the current issue, including a review of the MSI GT80 laptop and a couple of high-end PCs from Overclockers and Chillblast. That Overclockers PC in particular is an absolute barnstormer – water-cooled and with customisable colours.

Elsewhere, I’ve been busy testing and reviewing monitors, SSDs and other tablets, although that stuff isn’t online yet.

Close friends know that I’m working on a novel, but I’ve resolved to be more open about it to try and combat massive fear, shyness and embarrassment about the things I do, particularly creatively.

It’s an adventure story about three friends on the lowest rung in an army. That army – controlled by a drunken king – is laying siege to the empire’s biggest, toughest city. The friends fall foul of the king, get split up, sent on tough missions, unexpectedly survive and then find out some stuff. Lots of stuff.

That’s vague, I know, but the latest version of chapter one is already online here if you’d like to have a read.

I want the book to be as good as it can be, but I mostly need to show myself that I can finish this. I’ve started long projects before and they’ve fizzled out, but I’m in too deep to let this get away.

It’s been a varied month. The first couple of weeks were productive; chapter 27 begins with quiet discussions and ends with unpredictable, shocking violence. I tried to take special care of the tone and dialogue, and took my time, writing the conclusion a couple of times until it felt right.

After that I faced off with chapter 28, which I found trickier. It ushers in the conclusion of the book, and jumps around the major characters in shorter sections. These sections happen at roughly the same time, and the passage of time is very important at this stage of the story. That makes it quite delicate to write – I need to ensure the events are ordered correctly and that the time of day is emphasised without becoming overbearing.

It was slow going, but I got there, and I was actually happy with it – one of the few times that’s happened as I’ve got to the end of a chapter.

I started chapter 29, but then work and life got in the way, and I’ve not gone near the book for about ten days. It’s disappointing, but my to-do list is now looking far more manageable, so I’ll get back to it soon.

The end is in sight, which is exciting, but it’s not really the end – just the end of the beginning. Once I’ve put the final full stop onto that final chapter, I’ve got to go back, fill in gaps, make tweaks, tie everything together. I’ve got to do that because the writing and planning process hasn’t been as tight as I would have liked.

That’s part of the learning process, and I can already see what I’m going to take from this project into my next. My early plotting was threadbare, with chapter summaries that have grown throughout the book.

I’ve also got an idea for a sub-plot that’ll weave its way around the main plot, just touching on its key points but introducing important settings and characters from a different, important perspective. I’ve started it but need to decide where exactly it’s going. Once all of those gaps are filled and threads are tied, that’s the next job, but that’s a long way down the road.